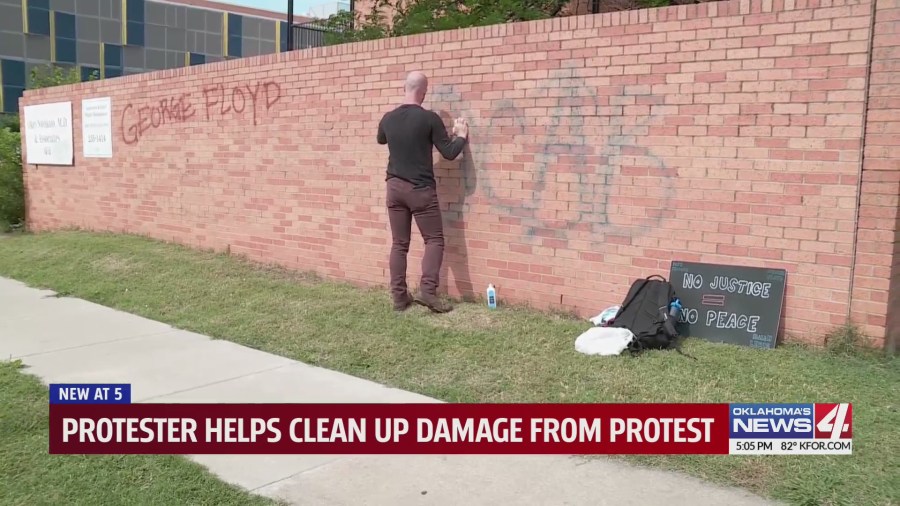 On Monday morning, a protester was seen cleaning up graffiti that was left behind following Sunday night’s event.

Josh Higginbotham says he was a part of the protest, and didn’t want the graffiti to reflect poorly on the group as a whole or its mission.

“Now people will talk about this stuff because this is what’s gonna be here and they’ll forget what was said and the things that they should have heard,” Higginbotham said.

As Higginbotham was cleaning the graffiti from a wall, others showed up to help as well.